Barber, who took over ownership of the Alabama track in June, had a long background in drag racing. However, it was more in the street, no prep and grudge aspects of the sport. The bracket racers at the facility didn’t know how he would take care of them. 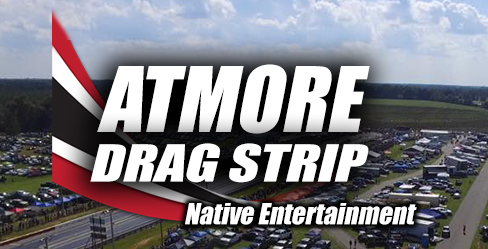 “I’m a racer and know what the racers want. The bracket racers were worried, but once they got to know me, they saw I understood their concerns,” Barber said. “The IHRA is great to work with. We’re also doing some No Prep racing, but my bracket guys like the IHRA and a lot of them grew up IHRA racing.”

Barber, 36, has wanted to become a track owner since he was a teenager. He’s got a background in construction which has come in handy with different upgrades and he points out an extremely supportive family.

His wife runs the gate, his dad in charge of the concession stands and his brother sells fuel.

They see how much it means to Barber as the 1/8-mile track features 1,580 feet of shutdown area. The 52-acre property has plenty of parking areas for spectators and racers. It has held crowds in excess of 7,000 spectators. 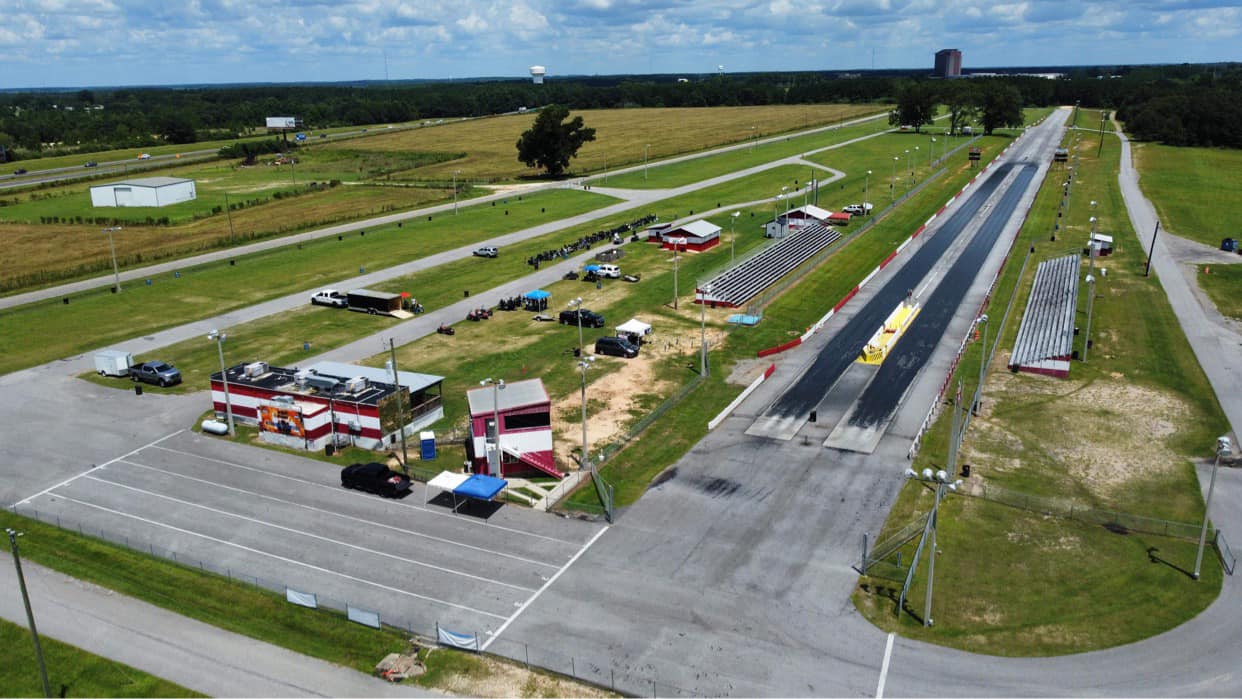 To help make the experience better, Barber redid the timing system, added RV spots and purchased a new broom for the tractor to better take care of the racing surface. Winter projects include the installation of concrete walls to make the track safer, breaker boxes and new paint.

It’s going back to that background as a racer as Barber’s car has been listed as a lightweight and welterweight champion. Those are ironic terms considering Atmore is where five-time heavyweight boxing champion Evander Holyfield grew up.

Like the champ, Barber has done his best to knock out complaints and to turn it into a place where racers want to hang out even when they’re not speeding down the track. The concession stand has been upgraded with an 18 feet by 40 feet covered front porch. A second stand is being converted to a beer garden. 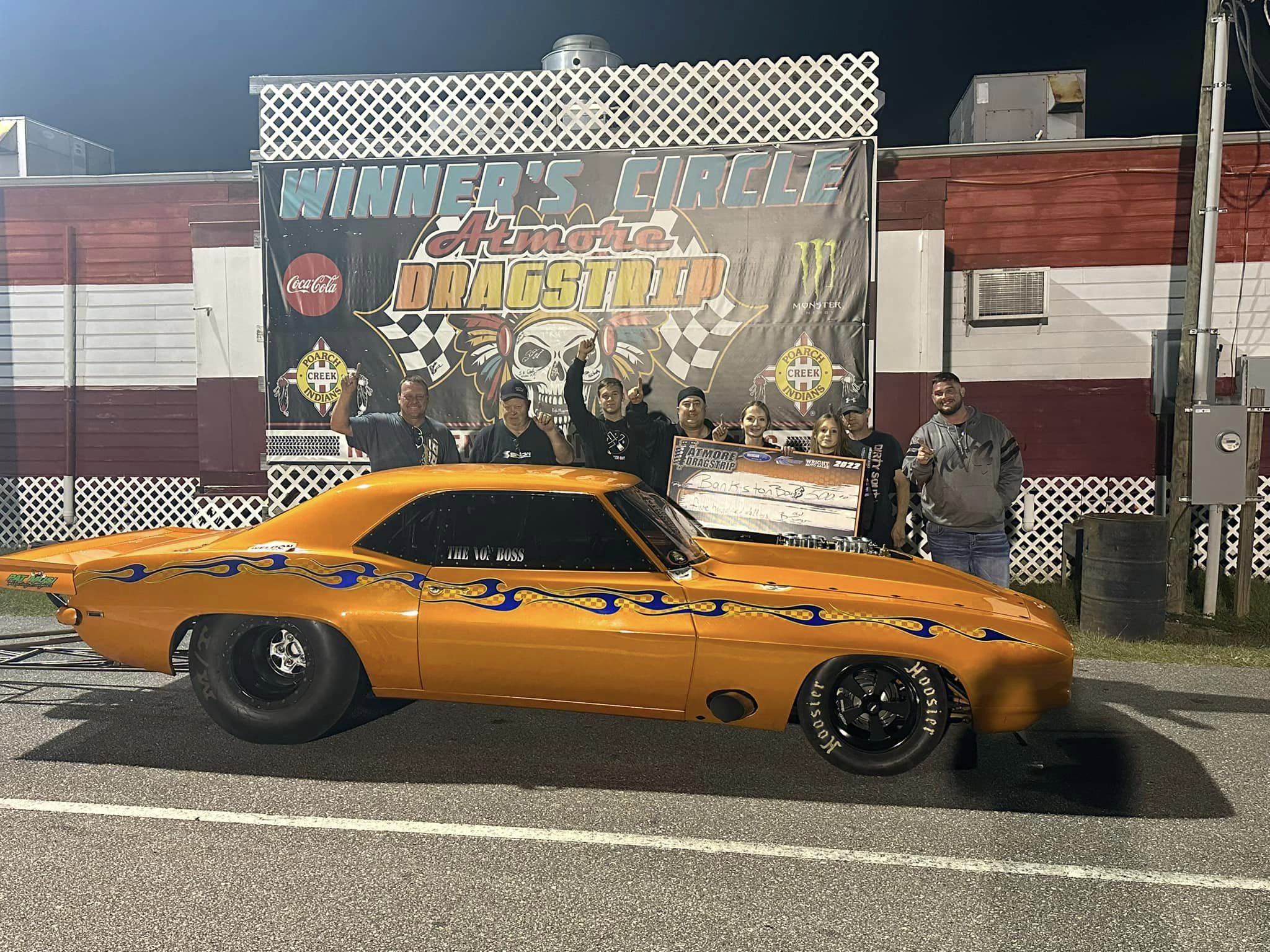 Barber is excited about the 2023 season with the upgrades and working with Pro Mod and grudge racers for some additional shows. He still races at other tracks, both to support them and get ideas on how to improve the experience at his own track.

“This is my true passion, what I like to do for a living,” Barber said. “It’s been a dream of mine that I talked to my brother about since I was 14. I have a good crew at the track and I’m looking forward to the 2023 season.”