It was especially the case for Matt Sayers. The Vinton, Va., driver captured the Footbrake (No Box) title for a second straight year, driving his 1976 Chevrolet Vega to a Sunday final-round victory over Tim Douglas from Yadkinville, N.C. 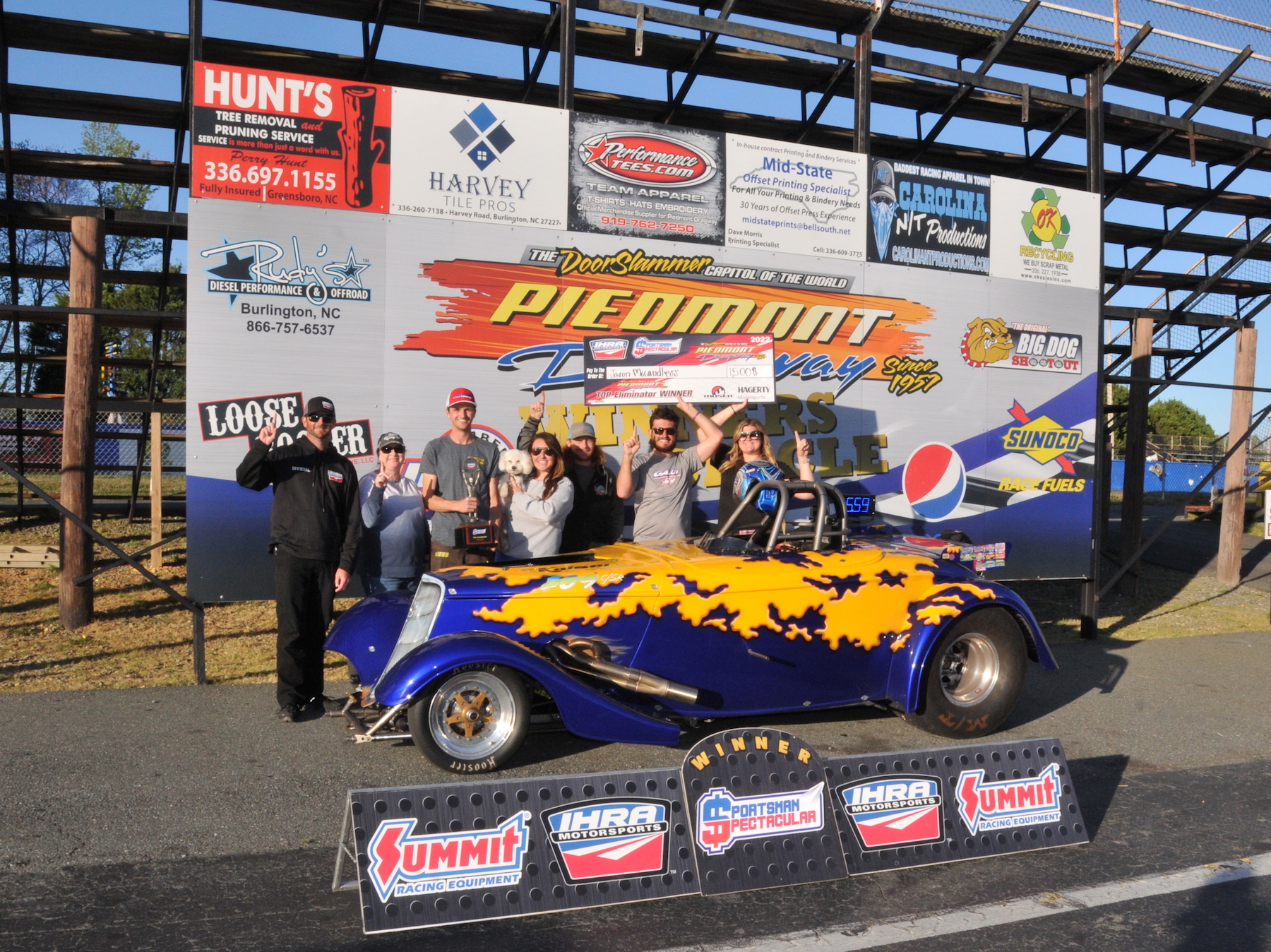 Gavin “Superman” Whisnant was faster than a speeding bullet, winning on a holeshot in the Junior Dragster final. The Dallas, N.C., racer had the .028 reaction time to beat Georgia driver Kamryn Majors in the final round. His recorded an 8.149-second elapsed time at 80.25 mph. Majors finished in 7.946 seconds at 80.76 mph on a 7.90 dial-in. 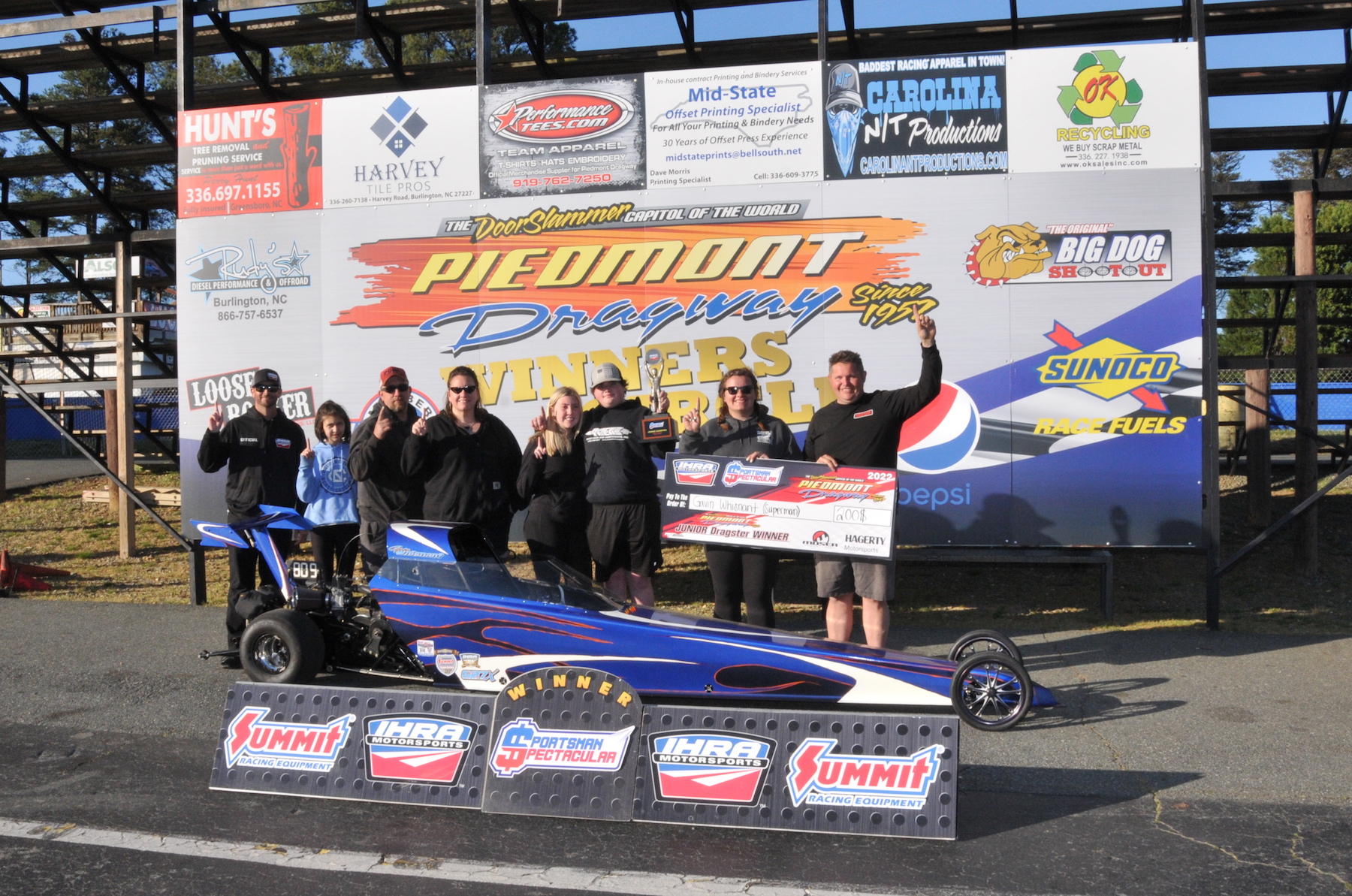 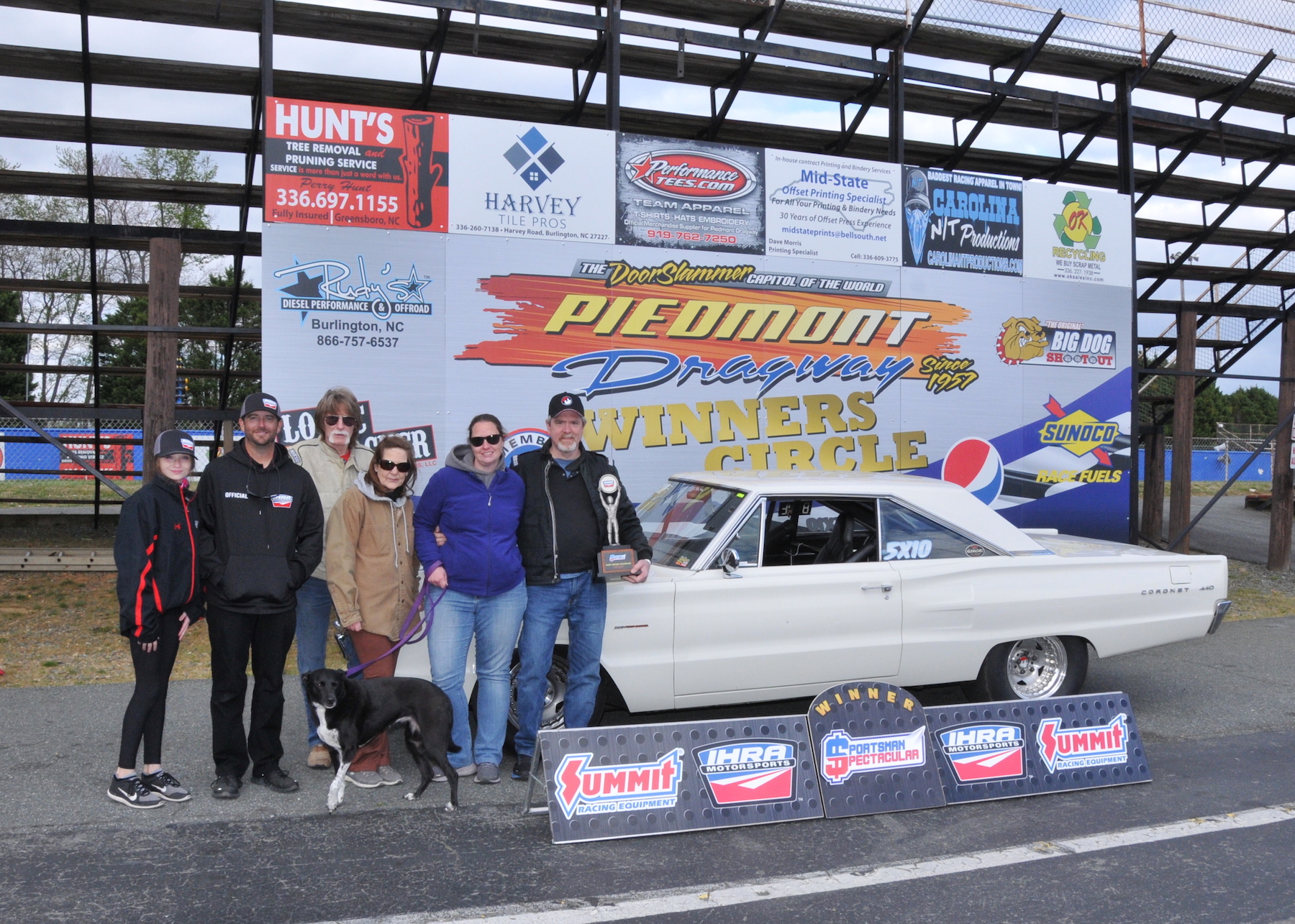 Sibling rivalry took on a new meaning as Alyssa Tilghman bested her brother Ayden in Saturday’s Junior Dragster final. Alyssa won the battle at the starting line .044 to .066 and then matched her 7.90 dial-in time. Ayden wasn’t far off his time, going 8.888 seconds against an 8.90 dial-in. 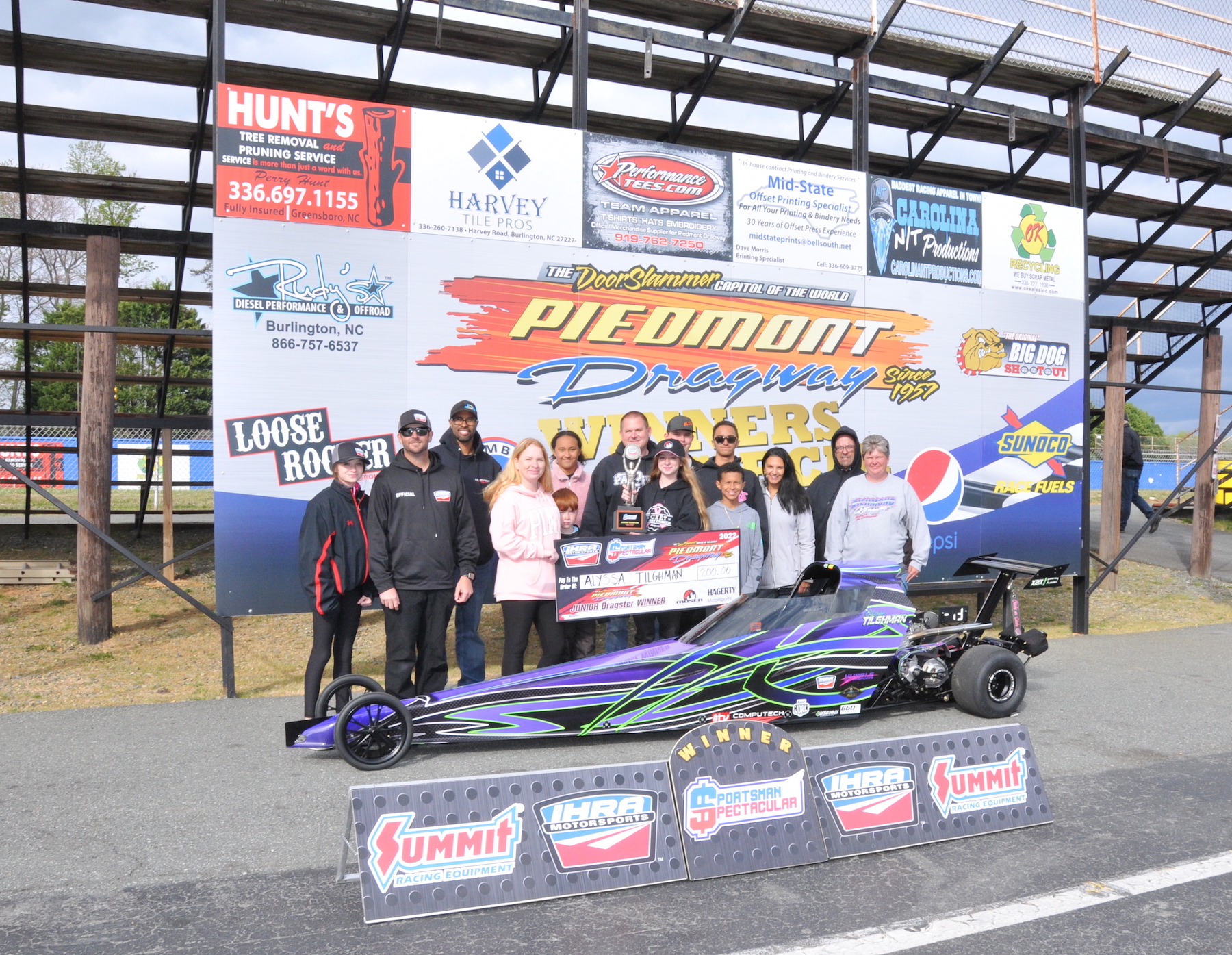 The IHRA Sportsman Spectacular presented by Hagerty and Moser Engineering returns to action at another facility in the Tar Heel State on May 22 at Coastal Plains Dragway in Jacksonville, N.C.