CENTERVILLE, Ark. — There have been many instances of fathers and sons and even some fathers and daughters winning major drag racing events. On Sunday, a mother and son doubled up with wins at the International Hot Rod Association (IHRA) Sportsman Spectacular presented by Hagerty and Moser Engineering at Centerville Dragway.

In a victory lane photo, Eli has his black and yellow Junior Dragster parked in front of his mom’s blue Ford Mustang with both holding the winner’s check. 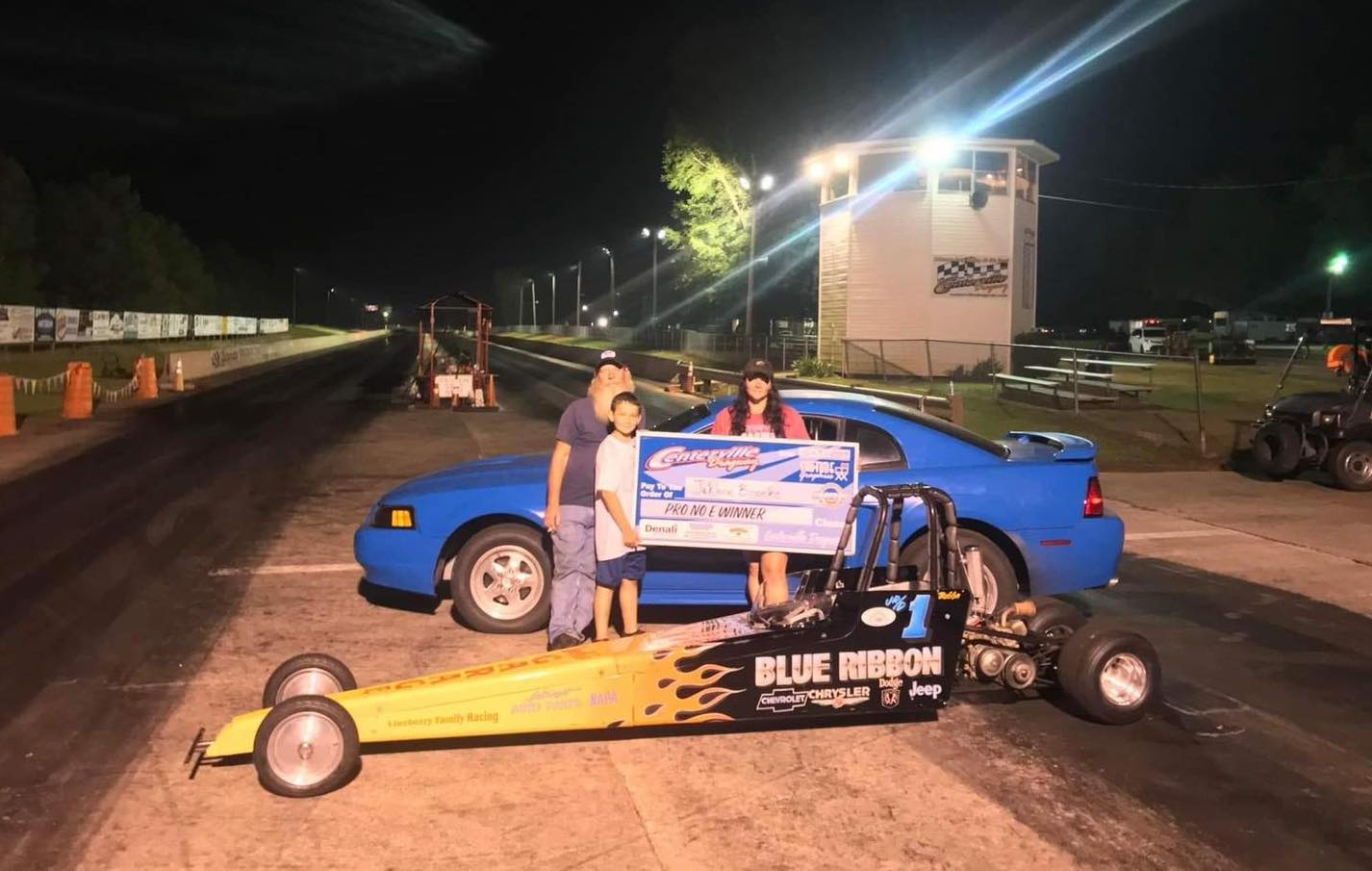 Brooks, a racer from Sallisaw, Oklahoma, and her son are carrying on a family tradition as Jaklene’s father was also a drag racer. Jaklene has been racing since she’s 16 years old, while Eli has proven to be a tough competitor as well, beating Piper Green in Sunday’s final round.

Jaklene Brooks posted a 7.54-second run at 90 mph to go along with a .068 reaction time. It was enough as final-round opponent Cody Rogers fouled by just -.001 second at the start. Robert Hartle and John Norman made it to the semifinal round.

Eli finished in 14.28 seconds at 41 mph, but won with Green going faster than her dial-in. Emma Lackey and Lane Roper were other Junior Dragster semifinalists.

Wayne Trammell also parked his blue dragster in front of the tower as the winner of the Super Pro race. Trammell picked up a prestigious IHRA Ironman trophy for his efforts.

It was the second IHRA Sportsman Spectacular victory for the Yellville, Arkansas driver, who was victorious last September at Mo-Kan Dragway. Trammell had a .010 reaction time to best another Yellville driver, Keith Hall, who was .036 at the start. Trammell ended up with a 4.978-second elapsed time at 133 mph. Shawn Silvey and Ken Dillard advanced to the semifinal rounds. 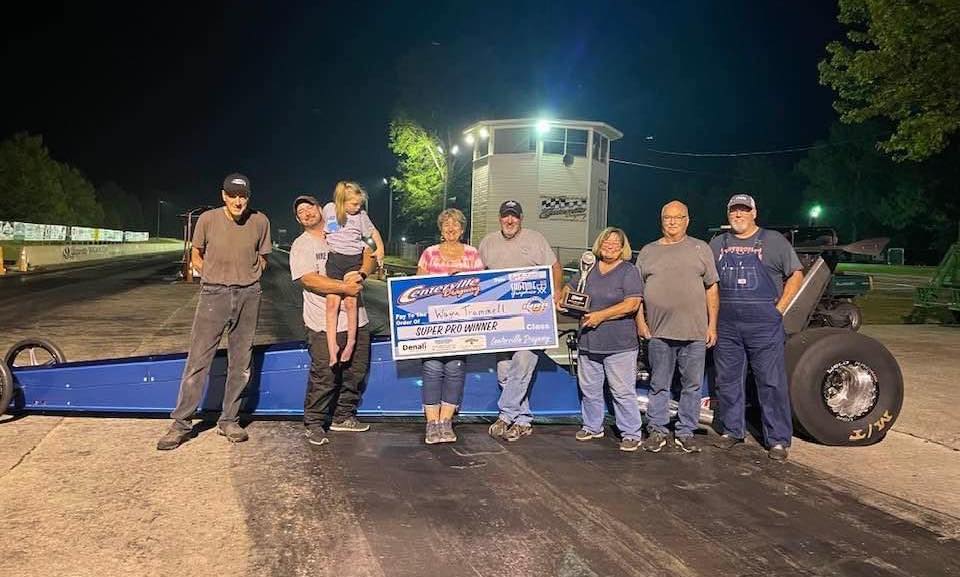 Robby Gray completed the list of Sunday winners with his Street victory. The Scranton, Ark., driver finished in 10.48 seconds at 93 mph. He posted a .141 reaction time and won on a holeshot over Rachael Haynes who had a 10.68-second pass, also at 93 mph. Colton Bocksnick also advanced to the semifinals.

It was a time of celebration for all involved with over 100 cars entered and the race completed despite a pesky rain delay.

The IHRA Sportsman Spectacular presented by Hagerty and Moser Engineering returns this weekend at Union Dragway in Union, South Carolina.