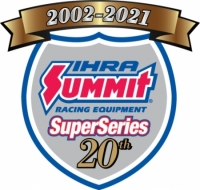 With over 33 years of racing experience, David Bigham won the Sportsman title at the IHRA Summit SuperSeries World Finals on October 16 at Memphis International Raceway.

The 49-year-old textile yard manager from Tunnel Hill, Ga. was able to fulfill a goal he started as a 16-year-old with his father in 1979.

“I’ve raced 33 years and to be a world champion is just so special to me,” said Bigham, who represented Crossville Dragway. “You race your whole life and you always want to be competitive and win. It just justifies a lot of effort and energy and hope. I won’t win another race that can equal this one in my racing career. It is just very satisfying.”

The first car Bigham ever drove was his father’s 1962 Plymouth station wagon. After selling the car to a personal friend, Bigham got the car back and continued his racing journey with it. Around 2008, he sold it again and would race a 1969 Dodge Dart for the next few years.

Since 2019, Bigham has focused his attention on the 1973 Plymouth Duster. With a 360 base and a 408 Mopar engine, Bigham has friend Steve Holloway to thank for putting it together. To him, nothing is better than a car that you can easily work with hand-in-hand.

“You need a good car. The Duster has been just that,” Bigham stated. “I was able to get it a little better towards the end of the year. I needed to see what the car wanted. I actually ran the motor on the two barrel to stay within the 7.50 or slower dial, as per the rules for sportsman. After running the two barrel, it took me a while to see what it wanted. With a good car, all the pressure is put on me to do the job.” 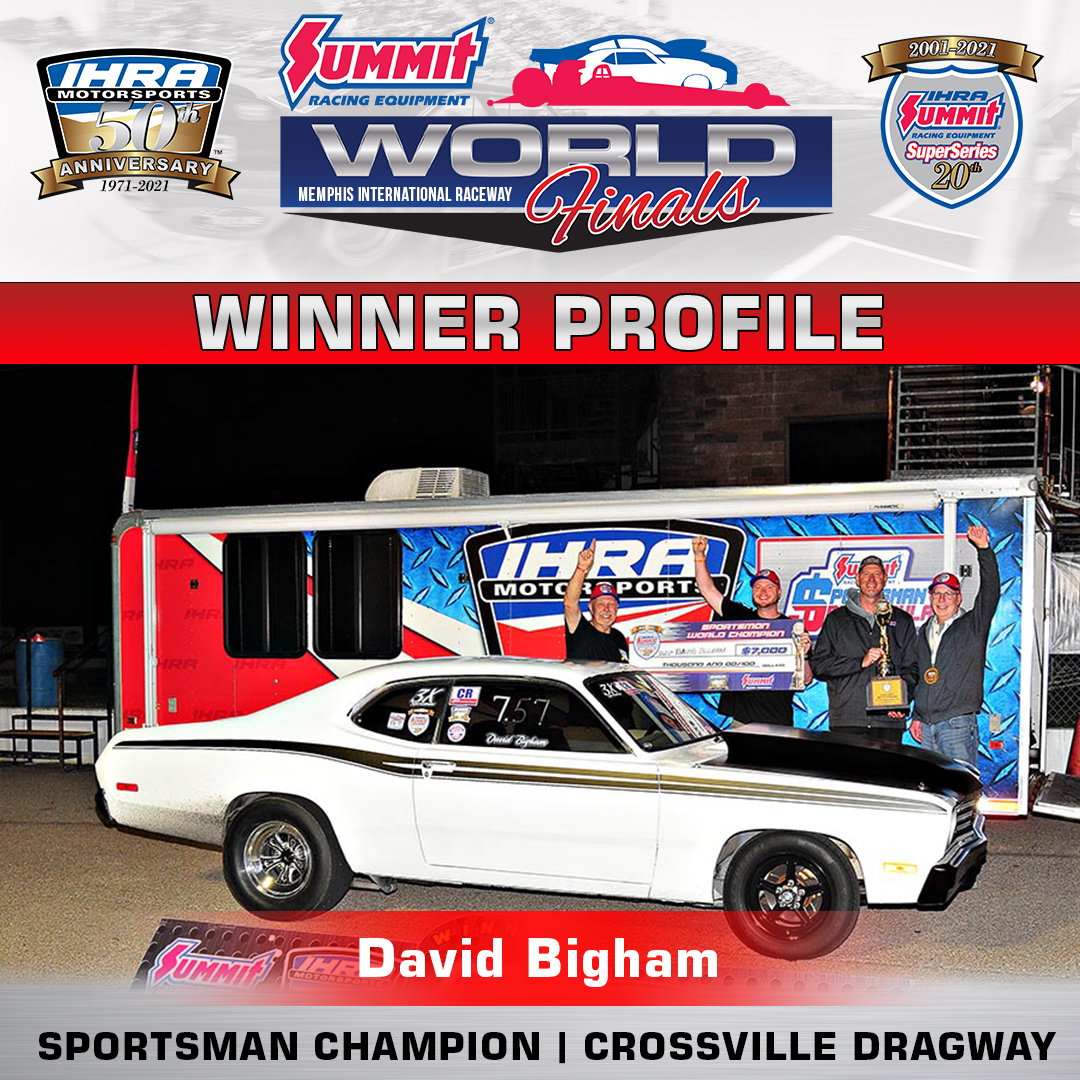 Bigham would beat Jimmie Barrett at Memphis International Raceway with a solid 7.582 elapsed time at 90.67 mph against a 7.57 dial-in. Barrett, from Central Illinois Dragway, fouled at the start and made a 7.546-second pass at 89.88 mph against a 7.54 dial-in.

Focusing on his family, Bigham never got too worried. His mantra is if he loses, he loses with some grace, and if he wins, just stay humble. Taking it one round at a time, Bigham thanks his father for teaching him that. Bigham can also thank IHRA member tracks Brainerd Motorsports Park, Crossville Dragway, and Knoxville Dragstrip for the practice runs that led to his big win.

Bigham has a goal to visit another IHRA member track: US 131 Motorsports Park in Michigan. He also wants to spend as much time with his father, turning 76 in December, on and off the track as possible. With plans to race another 10-15 years, Bigham would love to capture another IHRA Summit SuperSeries World Championship.

“The Memphis track has been very good to me,” Bigham stated. “I was able to win the divisional and World Finals. This year I was able to see it through. I want to continue to do the same thing; I want to win locally again if possible and I want to be world champion if possible.”

Looking to remain humble, Bigham is passionate about the sport, the car he drives, and his family. Taking it one step at a time, Bigham believes that taking it all in is the best step at success.

“Slow down at the race, keep your head about you, ignore everything but what you can control,” Bigham stated when asked what advice he would give his younger self. “Be able to take the losses better, enjoy the moment. Winning is fleeting and so is losing. You just have to enjoy the ride and realize nothing lasts forever.”