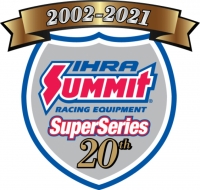 It’s 25 hours one way from Malta, Montana to Memphis International Raceway. But, it’s a journey the Lloyd family has become familiar with.

Over the years, the family have earned numerous appearances to the International Hot Rod Association (IHRA) Summit SuperSeries World Finals.

In 2021, Larry Lloyd and two of his grandchildren, Garrett and Ava Lloyd, qualified for the IHRA World Finals by winning their track championship at Hi Line Dragstrip, part of Phillips County Motor Sports in Malta. 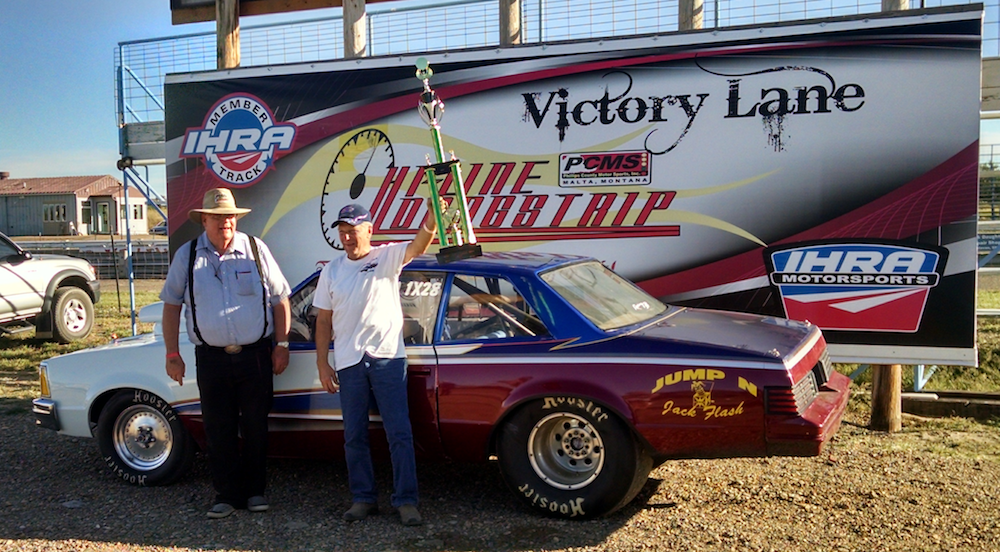 Larry’s son, Duane, won the Sportsman class at Hi-Line the previous two seasons with another grandson, Blake, winning the Junior championship in 2020.

“It’s exciting to race against all the top drivers from all the tracks, especially with all the competition,” Duane said about racing at the World Finals. “In 2019, I made it to fifth with the diesel truck. I didn’t do quite as well in 2020, but it was great having my son in there.” 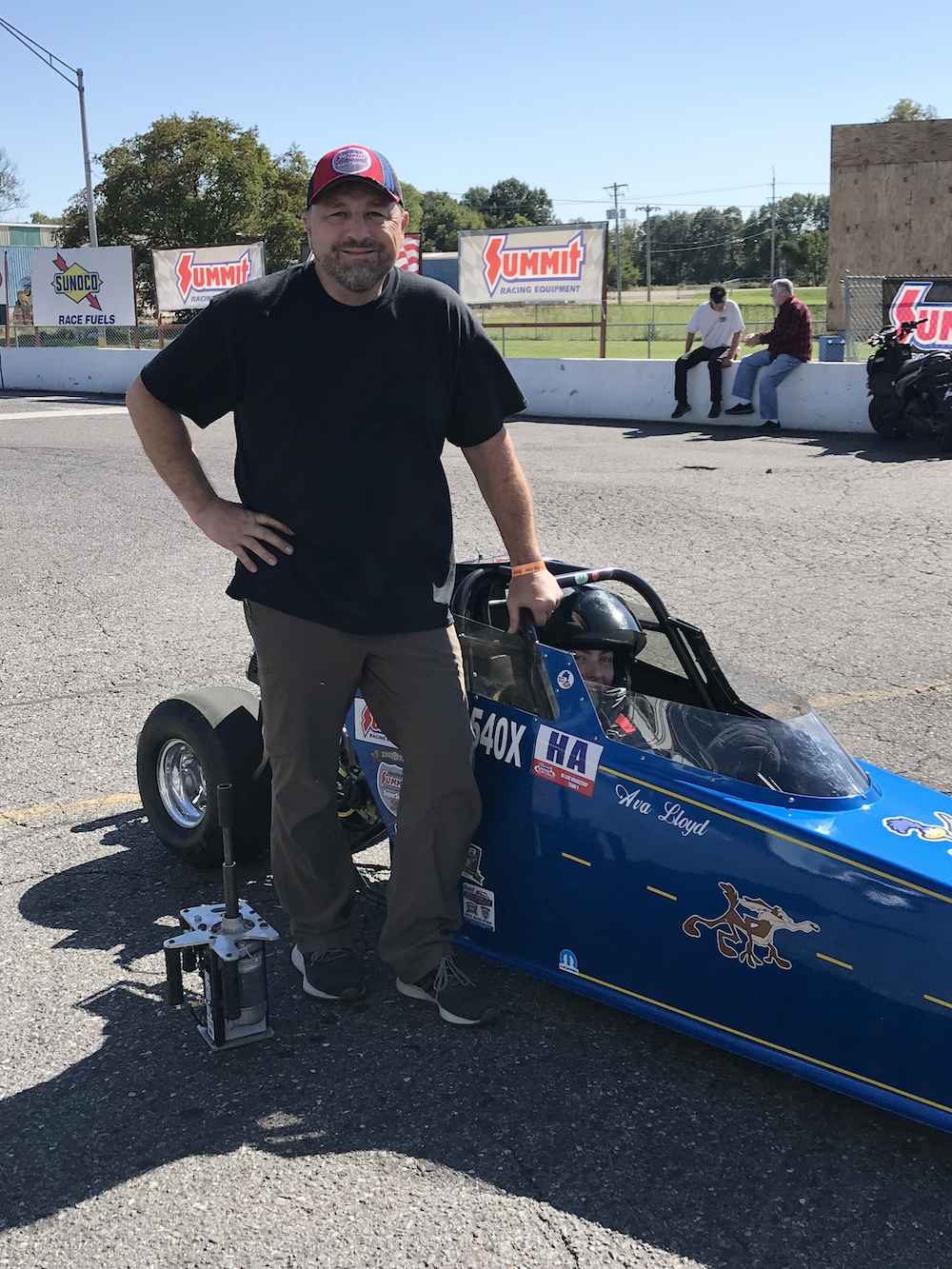 It was even more of an adventure in 2021. The 2003 Chevy truck which Garrett had used to qualify for the IHRA World Finals had a mechanical issue. He ended up racing a rental car, a Dodge Challenger, at Memphis.

“We about had it figured out and we was starting to cut some good lights,” Duane said. “We would have liked a few more runs down the track, but it was race day and we had to go.” 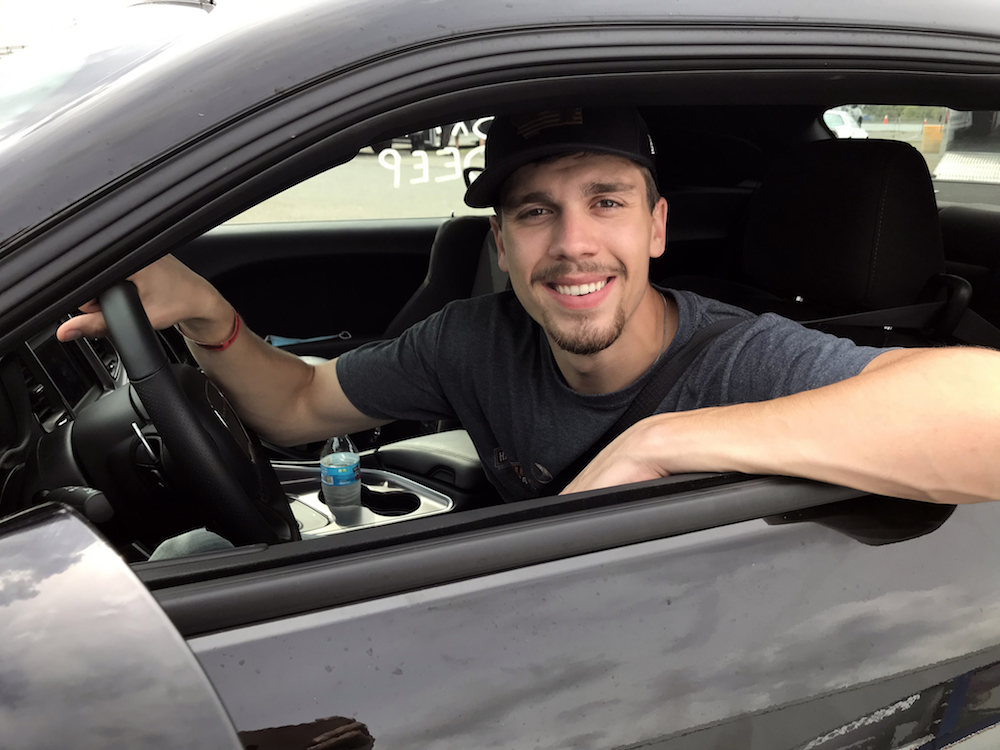 The 2003 white crew cab Chevy Duramax, featuring a 6.6 liter diesel engine, had been a staple for the Lloyds. It runs in the 8.2-second range, as Duane describes, very competitive in the Sportsman class. 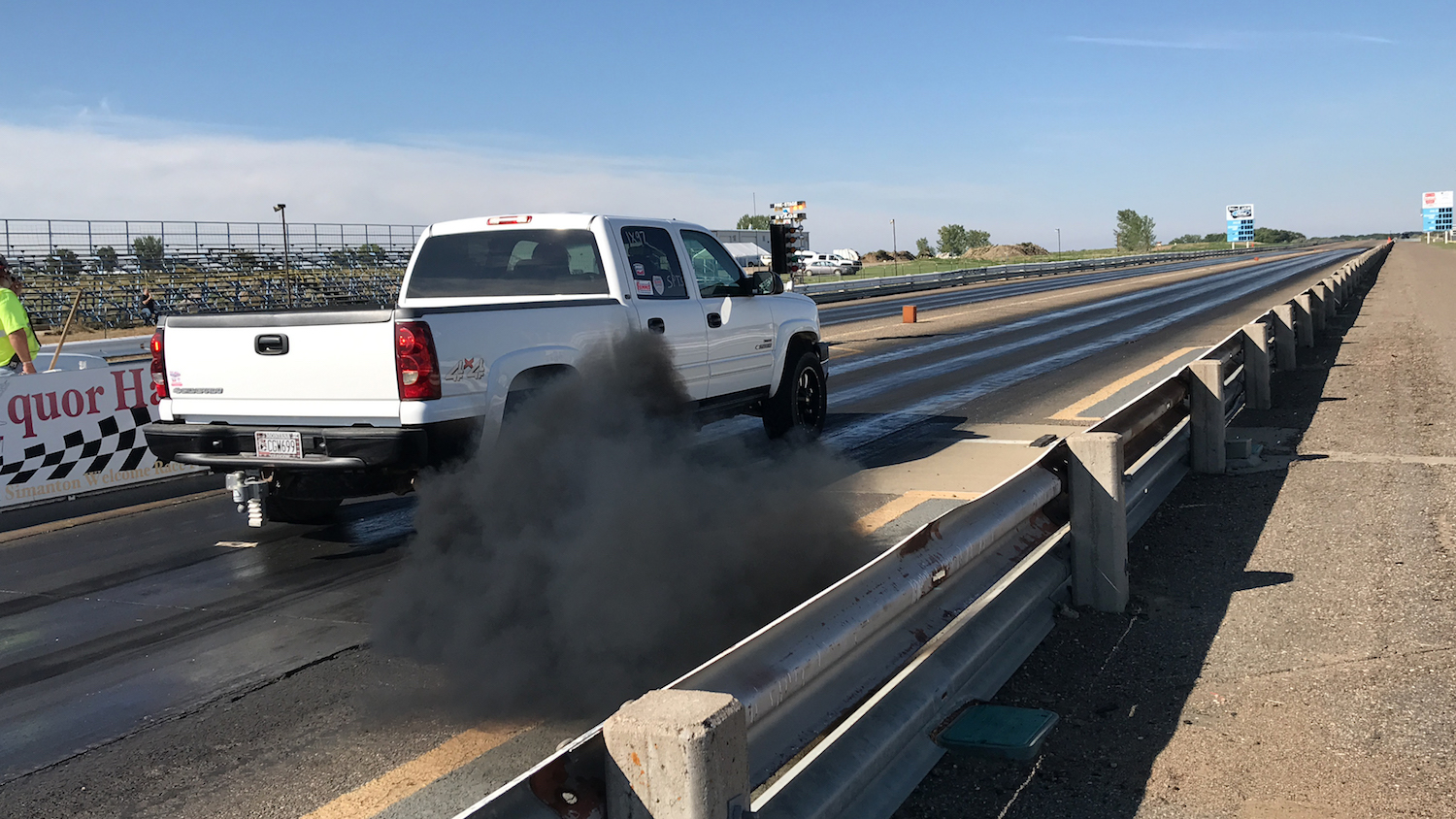 It doesn’t matter the situation, the Lloyds are always competitive. You have to be at Hi-Line Dragstrip where travel is nothing new for many racers.

“Racers come from all over. We usually get a ton of racers from Canada, which hasn’t been the case (due to COVID restrictions) the last couple of years,” Duane said. “It’s a very competitive track for sure. The people who race at Hi-Line are as competitive as anywhere.”

It’s hard to find many people as competitive as the family’s patriarch, Larry, who is still going strong at 79 years old. This was his second time qualifying for the IHRA Summit SuperSeries World Finals, the first time was in 2016.

Larry’s journey goes back much farther. His racing career began on the round tracks before he switched to racing lawn mowers and motorcycles. He eventually moved to the drag strip when Hi-Line opened. After powering his Harley-Davidson with a 106 hp motor down the track, he started racing the car he still competes with today.

The car has a 1981 Chevy Malibu clip on a 1980 Pontiac LeMans body. It nearly needed another clip after Larry first bought it.

“I took it on the highway out here that has no traffic and tried it out,” he recalled. “I stomped that thing down the road and when it shifted into second gear, it went plumb sideways. I nearly wrecked it. I’m thinking that might have happened with the guy who I bought it from.”

Once he got the hang of the car and on the drag strip, the elder Lloyd has been hard to beat. After tying for the track points championship, he qualified for the IHRA Summit SuperSeries World Finals by winning a run-off at the final race. 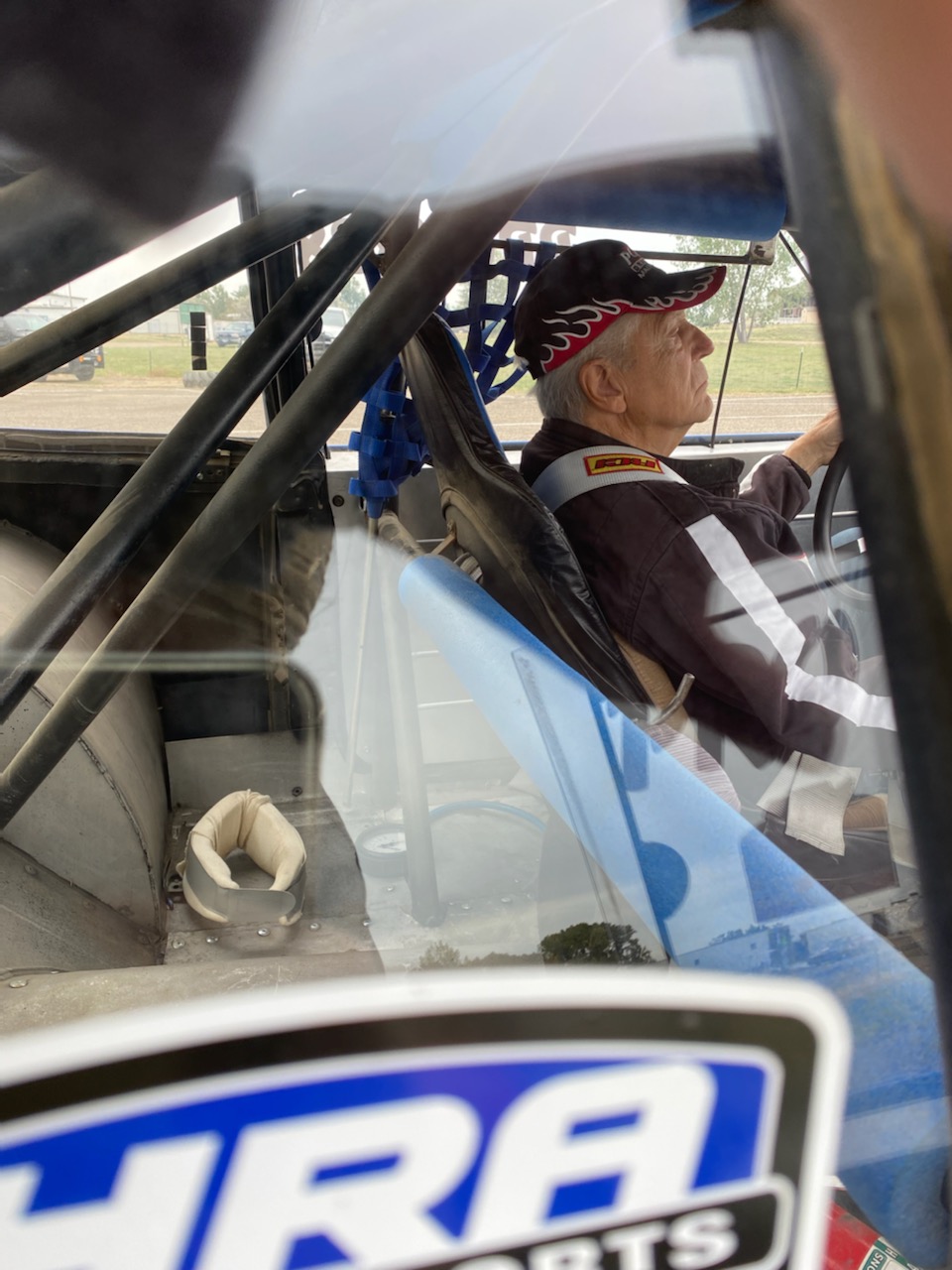 A big challenge for the Montana racers has been adjusting to the weather conditions at Memphis. It’s required a different tune-up than what they’ve been used to.

“We definitely have to throw some wrenches to get our cars right,” Duane said. “Ideally, we should come down a few weeks and race a week or two. The challenge is getting it working with the different weather, a different set of lights. It hooks up different and you make more horsepower. But, we’ve been there a bunch to race. My son, Garrett, was down there in 2013 in a Junior Dragster.”

There’s a special bond with the Hi-Line racers, which includes 2020 champions Dave Crossley (Top) and Stacey Klungland (Mod) and 2021 Top champion John Enno. For the Lloyds, the trip to the World Finals is a chance to bond even more as a family.

“We’ve made it a family experience with all three of my kids making it down there in the Junior Dragsters,” Duane said. “This was the second time with my dad making it. He had a good time and was proud to be there with the kids. They were all excited.”